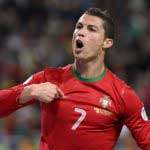 Jose Mourinho says Portugal winning this summer’s World Cup would be “impossible” if they did not have Cristiano Ronaldo.

Portugal go into the tournament in Russia as European champions and Mourinho believes the Real Madrid forward gives his nation a chance.

After a slow start to the season, Ronaldo has enjoyed another impressive goal-scoring campaign with 42 in all competitions.

The Manchester United manager told ESPN Brazil: “Portugal has an interesting squad. Without Cristiano, it would be impossible. But with him nothing is impossible.

“I believe that the Argentinian national team without Lionel Messi wouldn’t be a contender. But with him, it is one of the favourites.” 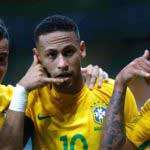 Mourinho believes Brazil have one of the most balanced squads heading into the World Cup.

He added: “I like very much the basic structure of Brazil, its tactical and mentality. There is a mixture between Brazilian natural talent, with a serious approach, physical, tactical.

“It is a team capable of defending well, allowing few goals, with a good support base. And then up front with Willian, Neymar, Philippe Coutinho and Gabriel Jesus… all players with outstanding qualities.”